On Saturday March 24th 2012 i took a ride on the Military Ridge State Trail from Madison, WI to Mt Horeb, Wi.

There isn’t much to say about the trail conditions on the Military Ridge this year besides they are the worst i have ever seen. The trail has the usual human, bike an animal tracks that make the trail very bumpy. In addition to the human and bike tracks, some geniuses decide to go snowmobiling when the trail was not frozen and have left a huge snowmobile track from just outside Verona to Riley. What motivated these morons is beyond my comprehension, but these idiots really screwed up the trail for bikers until the DNR grooms the trail. I have never seen snowmobilers be this disrespectful to the rest of the trail users, but these morons win the prize. The trail was very dry, but also slow due to the tracks and was sandy in spots with all the dirt the above morons dug up.

Unlike previous years, don’t bother on the Military Ridge without front shocks until the trail is groomed, the trail will be very uncomfortable if you do.

The restrooms and water fountains at the trail heads in Verona and Mt Horeb were both open for the season. As usual a beer at the Grumpy Troll in Mt Horeb hit the spot at the half way point.

I did hear from an employee at the Grumpy Troll that the DNR will be doing trail grooming around April 20th, a month earlier than last year. 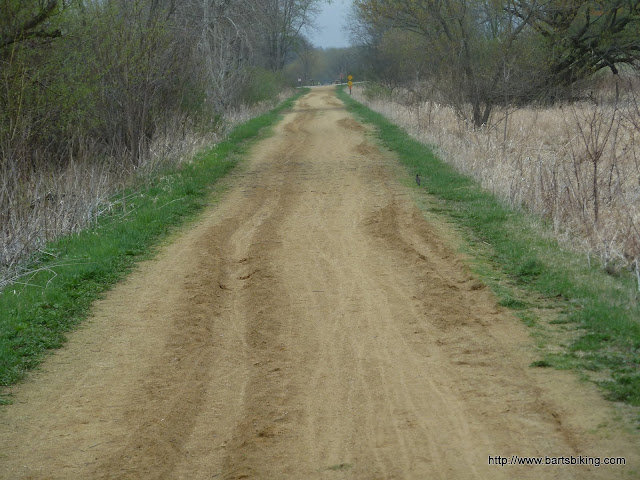 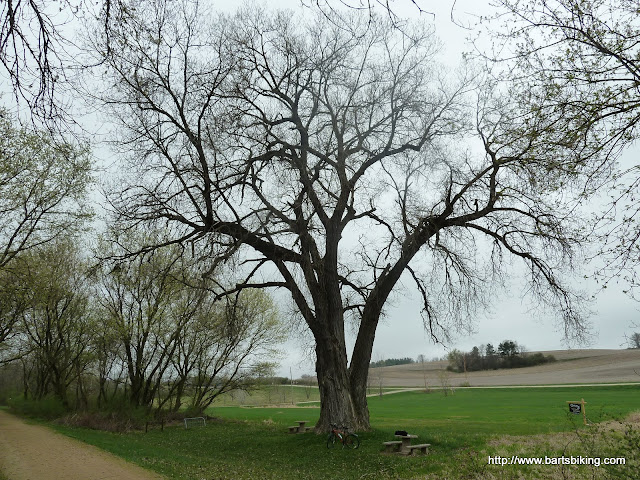 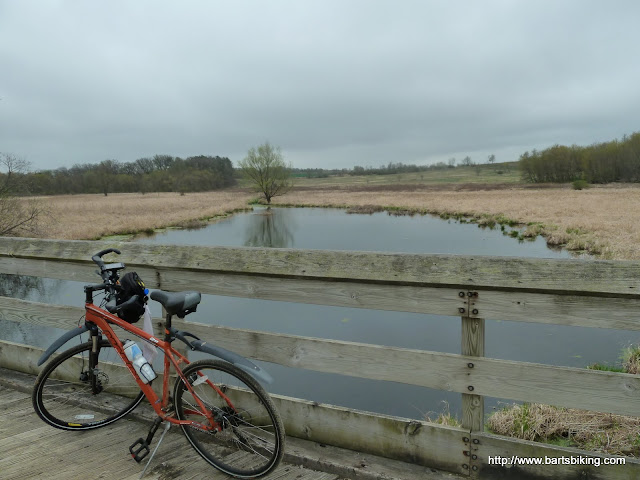